I’m over the moon to share that LeVar Burton of Reading Rainbow and Star Trek fame has picked MY STORY to READ ALOUD on his very own podcast! “Words We Say Instead” (first published by Uncanny) was one of the last stories I wrote before my COVID creative draught, and one of the last stories I wrote before becoming pregnant with my son. When I first conceptualized it, I knew I wanted to write an Old Yeller type arc, but as the words came out, it didn’t make sense for such an advanced AI to play the role of a pet. As Zig evolved into the sweet, loving, clever, scared, complex character he is on the page, I knew he was more than a ship, more than a pet, more than a partner or soldier. The only way the story worked was if Zig took on the role of a child. Her son.

Looking at my son now, and hearing LeVar read my story and comment on his feelings about it, I am experiencing the story anew. I feel Iyara’s pain and frustration and the difficulty of the decision she has to make. But I also feel angry at her a little bit because she makes a choice that I couldn’t imagine making. Because, in my head, she makes the wrong choice. But, hopefully that’s what resonates with readers as well. Hopefully my story makes you feel something–whether it’s sadness, or anger, or frustration. That’s every writer’s dream.

Listen to the story as read by the great and good LeVar Burton here.

Or read the original on Uncanny Magazine here.

I’m so honored to be on this year’s shortlist for a Hugo Award for Best Editor – Long Form! Even more exciting is that I’m sharing that spot with some of the best editors in the business! Congratulations to everyone. 🙂

And, hey, since you’re here, take a look at some of the books I published last year, read some of my own writing here, or sign up for my very sporadic newsletter! 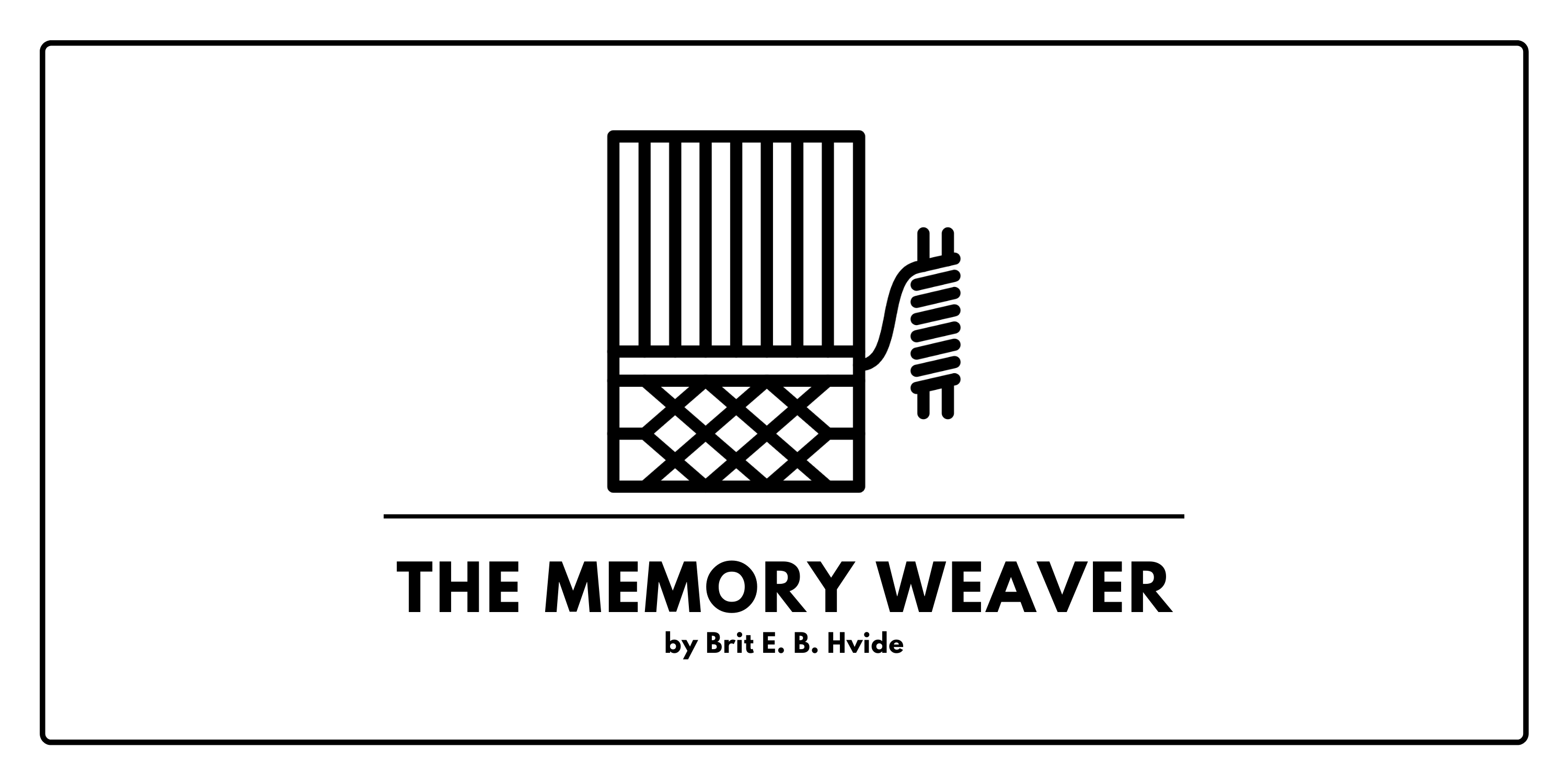 Today, The Arcanist published my very first short story of the year! The Memory Weaver is a bite-sized sci-fi dystopia about clones, cycles of violence, and a world where memories can be manipulated by master weavers. It’ll take you only 4 minutes to read the whole thing, and I hope you enjoy!

If you enjoy that unsettling story and want more, check out my other bit of bloody fiction: The Emigrants’ Guide to Oregon, California, and the Unknown. This one features a hungry little velociraptor that joins the Donner Party on the Oregon Trail.

And, if you want to keep up-to-date on all my stories PLUS get pictures of my dog and occasional writing advice, sign up for my mailing list here!

This is an embarrassingly self-promotional little post, but hey, I believe you don’t get what you don’t ask for. So, to cut to the chase, this year, I’m eligible for a few award-type things, and wanted to share a few recommendations as well. Here’s what I’m eligible for:

Best Editor – Long Form: I am one of those rare people who are blessed to do the job they grew up dreaming about. I’m the person who gets to help writers realize their dreams, the person who gets to take their beautiful novels and polish them till they shine. Being an editor takes up most of my life and brain-space, and I’m so proud to do it. It involves a lot of love and a lot of hard work, but in the end it’s a job I hope to be doing for the rest of my life. And this year I was particularly blessed to work on a great number of incredible books. Every single one of the below titles can be nominated for “Best Novel”. And, if you’re feeling generous, you could also nominate me for “Best Editor – Long Form”.

I’m also really lucky to have published three short stories this year. I hope you’ll read a few of them, and if any of them move you, I hope you’ll consider them for a “Best Short Story” nomination. (oh, and they all have audio editions if that’s an easier format for you!)

“A Catalog of Love at First Sight” – (Uncanny) Of all my short stories, I think this was the hardest to write. It’s a story that wraps up all of my feelings about home, climate change, love, family, and what it means to “belong” into one little package. Told in vignettes over the course of one woman’s life, it’s about finding hope at the end of the world.

“East of the Sun, West of the Stars” – (Clarkesworld) I always love stories about the power of stories. As an editor, how could I not? And this one–a science fiction retelling of my very favorite Norwegian fairytale–is about a storyteller aboard a generation ship learning to harness that power in order to change her own restrictive society and her place in it.

“Knitting in English” – (Cast of Wonders) This story was inspired by my own childhood growing up as a Norwegian kid in Southeast Asia. In it, a young girl learns to harness the knitting magic of her ancestors by using her own life experience as an immigrant to turn it into something special and new.

I have the good fortune to work with some of the best people in the business and I would be remiss to not include them in my recommendations. For anyone looking to fill a “best editor – long form” slot, my colleagues Nivia Evans (Alix Harrow’s The Ten Thousand Doors of January, R. J. Barker’s The Bone Ships, Sebastian de Castell’s Spellslinger series), Priyanka Krishnan (S. A. Chakraborty’s The City of Brass, Ann Leckie’s The Raven Tower, James Islington’s The Light of All that Falls) and Bradley Englert (James S. A. Corey’s Persepolis Rising, Joe Abercrombie’s A Little Hatred, Nicholas Eames Bloody Rose) have been kicking ass and taking names for years.

Also worth considering: Editors in the UK often get overlooked because of some US biases in the voting pool, and it’s an issue that should be rectified immediately! Orbit UK editors James Long (Anthony Ryan’s The Wolf Calls, Jonathan French’s The True Bastards, James Islington’s The Light of All that Falls) and Jenni Hill (Tade Thompson’s Rosewater, Charlie Fletcher’s A Boy and his Dog at the End of the World, Tasha Suri’s Empire of Sand) have been editing and championing some of your favorites authors for a very long time and deserve the recognition.

In terms of short stories, these are the ones that rise to the top in my mind. Hopefully you’ll enjoy them as much as I did!:

Compassionate Simulation by Rachel Swirsky and P. H. Lee – a gut-wrenching story about emotional abuse and an AI that is being used to help an abusive father come to terms with why his daughter left. This left me emotionally drained and should be at the top of everyone’s nomination list.

Fury at the Crossroads by Troy L. Wiggins – The voice in this story truly sings. It’s about a wandering musician in an African-American post-apocalyptic fantasy setting who discovers a great, morally complex evil stalking a town.

The Tentacle and You by John Wiswell – Wiswell excels at writing stories that are both charming and a little unsettling, stories that deal with disability and the physical body in complex ways. And this excellent little story, about a person who choses to augment their body with a tentacle, is no exception.

A Champion of Nigh-Space by Tim Pratt – If you’re looking for an incredibly enjoyable read, look no further! It’s about a young man from Berkley who discovers that his girlfriend is actually an interdimensional agent when they both get accidentally transported to another universe. A delightful journey!

Do Not Look Back My Lion by Alix E. Harrow – Harrow has a gift for language like no other. Her writing is beautiful, haunting, and incredibly assured. This story is about a mother and healer whose partner is a famed warrior and her struggles with losing her children to their warlike society. I promise, this is a story you won’t soon forget.

For “Best Novel” I obviously can’t choose from among my children! I would love for all the books I edited to win something, and I urge you to check them out. But there are also a lot of books I didn’t work on that deserve recognition. And, when you’re all done reading my author’s books 😉 , you should check out these:

Gideon the Ninth by Tasmyn Mur

The Ten Thousand Doors of January by Alix Harrow

The Water Dancer by Te-Nahisi Coates

The Priory of the Orange Tree by Samantha Shannon

Yay! My new short story was just published today on Cast of Wonders. You can read it, or listen to the audio here: Knitting in English

Inspired by my own childhood, Knitting in English is a story about identity, belonging, and the magic of being part of two worlds. In it, a young Norwegian girl growing up in Southeast Asia *cough*Singapore*cough* tries to connect to the magic that all good Norwegian kids are supposed to know: knitting. But finds it hard to connect to a culture she never grew up in.

For more from Brit E. B. Hvide including writing and editing advice, forthcoming publication updates, and pictures of her dog, join the mailing list!